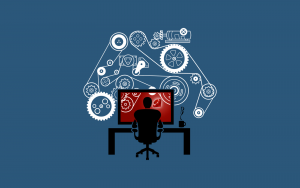 If you’re a developer, or work in a related industry, you’ll probably be aware that demand for developers has been growing at a steady pace for years. More and more businesses are investing in both in-house and third party technical resources and the rapid rate of innovation in the industry is helping to push development to ever greater heights.

With things now moving so fast, keeping up with changing trends isn’t always easy. Movements that look like they’re going to be the next big thing one minute can fall flat the next, while slow burning technologies can gradually come to dominate when most people are looking the other way. So far, 2018 has been incredibly exciting for developers. And with the rest of the year set to be no different, we thought now would be a good time to take a look at some of the top trends in the industry.

While some trends come and go without leaving much of a mark, blockchain is set to have a huge impact on all things digital for years to come. Just two years ago, the global blockchain market was worth $210 million. Today it’s worth an estimated $548 million and by 2021 it’s predicted that the blockchain market will be worth a staggering $2.3 billion.

Blockchain is primarily known for its role in the rise of cryptocurrencies. Although still heavily used in this area of fintech, the technology has rapidly branched out and is now used to manage a wide range of online transactions.

The technology has so many potential applications developers are still working out exactly what it’s capable of. However it’s safe to say that, in just a few years time, a large amount of online activity, especially in the fintech industry, will be built on blockchain. As a result, developers working in fintech are likely to have to master blockchain technology if they want to produce digital products that are relevant in the coming years. 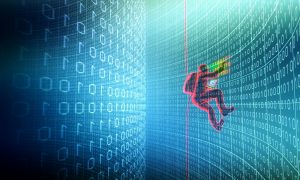 Speaking of blockchain, one of the most important potential applications of the technology is in internet security. With a recent cyber security report estimating that 90% of the login attempts made on online retailers’ websites are hackers using stolen data, keeping information safe online has never been more important. Even a brief glance at the digital news will reveal a staggering number of breaches and attacks, every one of which has put thousands, of not millions, of users’ data at risk.

The importance of cyber security is evidenced by the fact that in 2016 alone, venture capitalists invested $3.4 billion in the industry. Both internal and external security are proving to be big business for developers, with anyone that has a talent for shoring up digital defences set to be in huge demand. 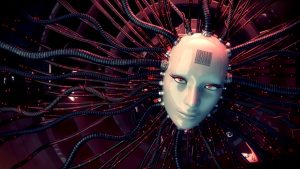 Once the stuff of sci-fi films and comic books, AI is finally beginning to have a real world impact. While some believe AI could bring about World War III and the possible end of civilisation, others predict less catastrophic applications for the technology. In fact, many experts believe businesses will soon have to employ AI technologies if they want to stay relevant. This is set to lead to a significant increase in demand for developers that specialise in AI and could see the technology moving forward at an even faster pace.

One of the most visible applications of AI is chatbots. Now able to replicate a significant amount of natural human communication, chatbots are becoming increasingly popular across all industries. Research has shown that it’s men aged between 25 and 34 who are most receptive to chatbots, however all age groups show some interest in the technology. In the coming years, developers will need to master the art of integrated AI if they want to keep up with changing user behavior and digital trends.

With the demand for talented and innovative developers higher than ever, there’s never been a better time to become involved in the industry. From cybersecurity and cryptocurrencies to integrated AI solutions, there’s something out there to keep every developer happy.