THE BIGGEST LESSON THE UK CAN LEARN FROM SILICON VALLEY IS… 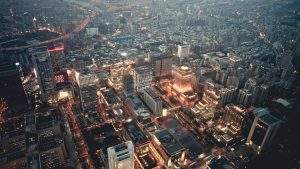 Given the stereotypes about American competitiveness, it might seem odd to consider embracing failure as one of our greatest assets. However, once you stop and think about it for a moment, it starts to make sense.

Consider the action hero: in every film, at some point he/she gets knocked down. Then knocked down again, and again. Usually, it reaches a farcical state of superhuman determination.

The message is clear: each failure is another reason to work harder and win. And, ultimately, that’s why they’re the hero. It’s not necessarily because they won at the end, it’s as much about because they got back up after failing those previous times.

Acceptance of failure as a necessary step toward success is an ingrained part of the American psyche, especially in business. It’s no wonder then that the ‘heroes’ of Silicon Valley talk of embracing failure. They were raised on it.

Not to mention, the historical and legal systems in the US are designed to forgive a first try to encourage continued growth in innovation.

For the last decade or so, Silicon Valley has widely espoused the virtues of failing to succeed. The immense value in learning from failure to eventually reach success is exemplified by mantras like “fail fast”, “fail forward” and “fail to succeed”.

“Failure or bankruptcy is not culturally accepted in Europe, but if we want to encourage the abundance of talent to start and join early-stage companies trying to change the world, we need to accept there will be many, many more flops than hits,” wrote Index Ventures’ Saul Klein, in a 2007 blog post.

Here we are, eight years after Klein wrote that post, and it seems apparent that failure in the UK is unlikely to be placed on a pedestal the way it is in Silicon Valley; but the limited embrace of failure is too detrimental to innovation and entrepreneurship in the UK to be ignored.

To know more insights on the biggest lesson the UK can learn from silicon valley, read here