On April 3rd, Innovify hosted their monthly #ProductTalk in their office at Tower Hill.  The discussion featured Ammar Jawad.  Currently, Ammar is a Machine Learning & Artificial Intelligence Manager for Hotels.com at Expedia Group where he intersects data science to build products powered by Machine Learning.

Hotels.com is a leading provider of hotel accommodation worldwide offering travellers a one stop shop with one of the widest selections of accommodation on the internet, including both independent and major chain hotels as well as self-catering in over hundreds of thousands of properties worldwide.

Ammar offered his advice and insights on how product managers, marketers and business executives can better understand how Machine Learning and AI works as well as learn to apply it in their own domain.  He also discussed how you should approach a career in AI and why it would be beneficial.  His unique background experience offers both the business side of Artificial Intelligence, as well as the data science that is associated with AI.

Artificial Intelligence, or AI, is a broad concept that machines are able to carry out tasks in a way that we would consider “smart”. It works as a computer program that does smart work with the aim is to increase its chance of success, not accuracy. According to Rachit Agarwal, “if you are using a smartphone, you are interacting with AI whether you know it or not”.

Machine learning is process of using algorithms to read data,  learn from it, and make a prediction or determination on a certain issue.  Machine Learning does not requrie humans to hand-code the software as the machine is trained to use all of its data and its algorithms in order to to learn how to perform a certain task.

Deep Learning, simply put, is the ability for machines to do tasks that would usually require human intelligence.  It utilises a collection of  machine learning algorithms uses them to learns by experience in order to acquire new skills without human involvement. 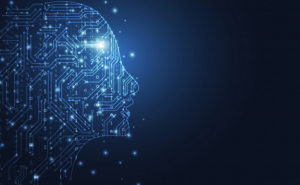 Ethics is a hot topic that fosters many different views on what is ethical, and what is not.  One definition used is that AI ethics is “the concern pertaining to the moral behavior of humans as they design, construct, and use artificially intelligent machines at scale regardless of whether they harm or benefit humans”.

When designing and using these programs, we need to ask ourselves if these programs are ethical.  Or do they have any underlying unethical features such as bias or racism?  If so, why is it programmed that way, and who is at fault?  These are hard questions to answer.  How do we set regulations? Although difficult, these questions need to be answered because unethical AI can pose a large threat to many people.

One major issue with Artificial Intelligence and Machine Learning is that their programs will have the same type of bias as their programmer.  And since these programs are being designed in areas with a large white population, such as the UK and North America, many of these programs are being bias towards other races and other genders. One example Ammar shared was that a facial recognition program was unable to identify an African American women’s face, until she put on a white mask.  The New York Times published a great article describing the issues African American’s have with facial recognition.

To reduce bias, one thing programmers can do is to reduce the program’s reliance on one sensory system.  In other words, programmers should use multiple data sets that encompass the entire population in order to run less of a risk of being bias.  This will allow the program to have access to large amounts of information, and not base their decisions on their programmers paradigm on how they view the world.

OTHER ISSUES WITH AI

AI also has the potential to affect plenty of other industries, the medical industry is a good example. Let’s say you go to the doctor for a skin abnormality. The programs that decide if it is benign or malignant have the ability to be hacked and altered in a way that would give inaccurate readings to the doctors. This poses a threat to our health as well as a possible unnecessary financial burden as medical bills can cost a small fortune.  Moreover, this issue could be applied to many other industries, not just the medical field.

Another major issue with AI is Adversarial Attacks. Adversarial Attacks are issues with the inputs that go into the Machine Learner model that the attacker uses to to cause the program to make a mistake.  These attacks pose a major problem to AI products as a small, unintentional issue, has the ability to completely alter how the computer works. For example, by placing just two stickers on a stop sign, a self-driving car read the sign as a 45mph speed sign, instead of a stop sign.  Clearly, this poses major safety issues to the occupants of the car, as well as everyone on the road.

Another example of racism and bias in self driving cars is their ability to detect white pedestrians much more accurately than black pedestrians.  And it wasn’t even close. The comparison suggests that a white person was “10% more likely to be correctly identified as a pedestrian than a black person”.  The Georgia Institute of Technology went on to state that they found a bias in the self-driving car’s system where they are less likely to spot an African American pedestrian on the street.  Again, this poses a serious safety threat to many pedestrians, as well as uncovers and issue with AI and how ethical it all is.

By providing AI with as much infomation as we can, and not just include our own views, AI will be better able to identify people of all races and be abke to understand small differences, such as a sticker on a stop sign. 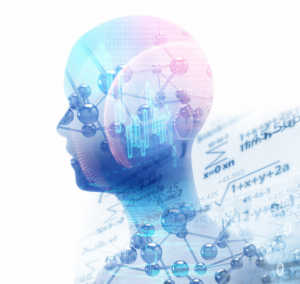 People often hear the statistic that 20% of current jobs will be gone in 20 years. That statistic is often associated with AI and that machines are taking people’s jobs.  In some respects this is true.  Many jobs that require looking at an image, and then making a decision are now able to be done by machines. AI’s effect is across the board in almost every industry. However, you can notice a pattern below that a majority of the “safe jobs” are ones that require very complex social relationship skills.  Those jobs will almost never get replaced by AI as they require a certain element that machines just do not have.

When it comes to job displacement, it is worth noting that these very concerns were also raised during the Industrial Revloution.  Jobs were indeed lost, however plenty of new jobs were created.

SO WHAT CAN YOU DO?

Stay relevant. While it may be partly true that AI is taking over some jobs, AI is also creating just as many jobs, just in a different field.  It is all about staying relevant and applying yourself to learning about AI. You can use a chart similar to the one below on how to get into the AI and Machine learning field.

If you start with something basic, such as data analytics, it should not take longer than 6 months for you to learn enough in order to be able to start a career in Machine Learning. Once you “get your foot in the door” with Artificial Intelligence, there are endless roads you can pursue such as deep learning, programming and computer engineering.

If used right, Artificial Intelligence has the ability to further our society as it helps create jobs, improve quality of life and reduce tedium by eliminating the need for boring, tedious jobs. We need to educate ourselves in order to be able to fully utilize AI and Machine Learning efficiently

We want to give a big thank you to Ammar for a great discussion, and to everyone who came out to this month’s #ProductTalk . We will be doing another event next month so, please do keep your eyes on our EventBrite page.

If you would like to speak at this event or another one of ours at a later date, please contact our marketing manager, Heshaam Hague, at heshaam@innovify.com.

And remember, at Innovify we help start-ups, scale-ups, and heads of NPD & innovation in developing their products and services. This includes tech support, innovation ideation, agile development and much more. If this sounds like something you’re interested in, please get in contact with Prakash Pilley at prakash@innovify.com