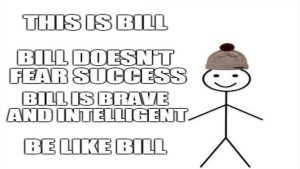 We’ve all been there.

I’ve worked for countless companies that have all looked at their competitors stealing a march on them with a fancy new app, new functionality on the website or a fancy new product that has given them the edge.

Sometimes it’s the case that you’re looking around at the competitor landscape and you want to differentiate yourself, but how?

Outsourcing any or all the above isn’t as costly as you’d first think, particularly if you can harness the cost-effectiveness and scalability of an overseas firm, married to a local presence in the UK to manage it.

Let’s look at what you need when you’re looking at building a new product:-

Developers (with the skill sets and experience you need) – depending on the size and urgency of the prospect, just multiply by anywhere between £40-80k again

It’s no wonder so many people procrastinate when faced with putting all of that together, especially in the SME space.

That brings me to the REAL reason a lot of people won’t commit to new products:-

It’s easy to carry on with the business as the usual stuff, tinkering here and there with your products, going with what’s been tried and tested.  But that doesn’t make you different.

In a business landscape that puts so much emphasis on Unique Selling Points, people are scared to committing to being different, and it doesn’t cost half as much as you think it would.

Imagine if you had access to a hundred developers, all tried and tested, backed up by previous success, Lean/Agile/Scrum experts (who can coach people in that methodology/framework), someone to project manage it, someone who can even conceive an idea to give you a competitive advantage in the first place, and at a third of the cost of its’ UK competitors.  They would either be an extension of your existing team or could act in a silo until you’re ready to involve everyone else.

Doesn’t seem so scary now, does it?  Especially when you’re not taking a punt on an overseas company you’ve never met, without a history, you can validate, with a team in the UK who can oversee it all for you and react to any changes you want to make quickly.

The ICO are already being heavy handed with those that fall foul of its’ regulations, so the ability to aggregate, profile and prove the origin of customer data is paramount right now for those companies that want to not only survive, but thrive, and deliver the kind of customer experience everyone wants.

Be like Bill, er, Prakash, er…be different, be brave, be you, and create your own niche.

Get in touch with Prakash at prakash@innovify.com to discuss how Innovify can put you ahead of the pack, but not out of pocket.