HOW BLOCKCHAIN WILL CHANGE THE FACE OF THE FX INDUSTRY 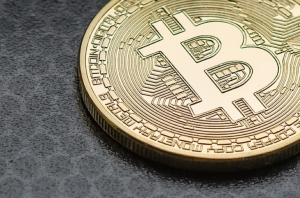 Over the past few years, Bitcoin which is powered by blockchain has had a major impact on global finances in general, and the FX industry in particular. Fluctuating wildly in value and grabbing headlines around the world, this innovative cryptocurrency has quickly made its presence felt.

Blockchain could potentially transform the face of FX, changing the way the industry operates for good. Our whitepaper looks into the potential of blockchain technology as well as the case for business use and application:

CURRENT LANDSCAPE OF THE FX INDUSTRY

The FX market is the largest and most liquid market in the world. Open 24 hours a day, five days a week, the industry is largely based in London with The City seeing almost twice as much daily turnover than New York, it’s nearest rival.

As the market is largely decentralised – although central banks like the Bank of England and the Federal Reserve ultimately maintain the liquidity and price of world currencies – differences exist between the prices offered by different banks. As well as setting the rates for currencies, central banks control all information relating to the global supply and demand of currencies. This means that the same organisations that control supply, also indirectly control demand.

THE MAIN PLAYERS IN THE FX INDUSTRY

The five main influences on the FX industry are corporations, banks, traders, investment funds and governments. The world’s largest currency trader is Deutche Bank, followed by UBS AG, Citi, JP Morgan and HSBC. Three of the largest banks participating in the market are the European Central Bank, the Bank of England and the Federal Reserve. For smaller traders and individuals, there are a number of online FX brokers such as Transferwise, Frontierpay, PureFX, Azimo, SureTRader, FXPro and eToro. 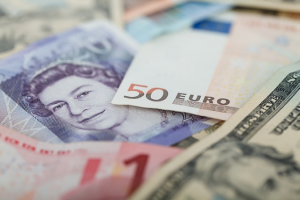 HOW BLOCKCHAIN TECHNOLOGY WILL TRANSFORM THE FX INDUSTRY

In 2016, the worldwide blockchain technology market was worth an estimated US$210 million. By 2021, experts predict the same market will have grown to a staggering US$2.3 billion. Some believe the industry could hit US$7.68bn by 2022. To cope with this rapid increase in market activity, the space dedicated to blockchain is set to expand by around 42.8% every year until 2022.

In relation to the FX industry, one of the main ways in which blockchain will have an impact is in terms of decentralisation. As blockchain is a reliable, permanent way to recorded information – be that transactions, currency prices, or anything else – it offers the FX industry the unique opportunity to decentralise record keeping and increase the availability of the information being stored.

As well as giving more power to smaller traders and startups, this is giving individuals and companies the ability to exchange money peer to peer rather than going through central banks, something that could really change the way the industry operates.

Blockchain could also help to improve security in the FX industry. By decentralising record keeping and making full use of ledgers, sensitive data will be a lot harder to hack. With online security one of the biggest challenges currently facing the financial industry and the economy in general – almost half of UK firms were hit by a cyber breach or attack in 2016 alone – this aspect of blockchain could be a real game changer.

WHO ARE THE MAIN PLAYERS INNOVATING IN BLOCKCHAIN TECH IN FX?

Thanks to the huge potential for growth, innovation and profit blockchain offers, there are a lot of companies involved in the industry with more starting up everyday. In 2018 alone experts predict that $2.1 billion will be spent on blockchain solutions globally and LinkedIn postings for blockchain related jobs have tripled in the past year.

Many of the main players in blockchain innovation are concerned with the financial industry and FX. Businesses like 360 Blockchain, Atlas Cloud Enterprises and BLOK technologies are looking at new ways to innovate on the platform in order to make blockchain technology available to as many industries as possible. As much of this development is targeted at cryptocurrencies and security, it’s likely to have a major impact on the FX industry over time.

As blockchain grows, it’s likely that the technology will be adopted by central banks and other major financial institutions. This will help to make the FX industry more efficient and more open and will change the way companies, banks and individuals trade currency for good. With new innovations happening every day, the future of blockchain is more exciting than ever.