BREXIT, EU REGULATIONS AND THE FX INDUSTRY IN THE UK POST-EU DIVORCE 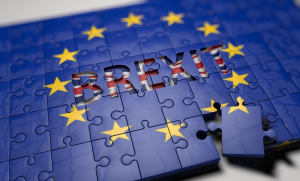 London is the world capital of foreign exchange. In April 2016, the average daily turnover in foreign currency traded in the UK capital was $2.426bn. That’s almost twice the amount that passed through New York’s institutions and shows that London is still very much the go-to city for the FX industry. In fact, London has occupied the top stop in the FX industry since data was first published back in 1995. And although the volume of currency traded has declined a little, the industry remains incredibly important for London and the UK economy as a whole.

As the industry is so integral to the national finances, it’s no surprise that experts have been carefully watching to see what, if any, impact Brexit will have on FX trading. Although Britain is still in the EU, divorce negotiations have already had an impact on the value of pound sterling and many FX traders are nervously looking to the future to see what changes Brexit might bring.

One of the main problems with assessing the impact of leaving the EU on the FX industry is that no one yet knows exactly what Brexit will entail. Negotiators still haven’t got round to ironing out the details – or even the outlines for that matter – of how Brexit will impact on both UK banks and foreign institutions with offices in the capital.

However, In January this year European Commission officials rejected the City of London’s proposal to strike a post-Brexit free trade deal on financial services. This decision may well result in The City being forced to trade with Europe on less favourable terms and could push even more financial institutions to leave the capital.

The Prime Minister’s difficulties in Europe have been further compounded by trouble at home. Just last month, the Lords voted 349 to 221 to approve changes to the European Union Withdrawal Bill, something that will limit the powers of Government ministers once the UK leaves the EU. 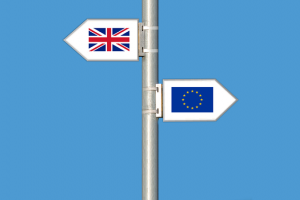 Although Brexit may not be good news for everyone – up to 50 banks are already in talks to leave London after Brexit with the loss of thousands of jobs – it may well offer a few opportunities to some. According to IMF figures, up to 90% of global economic growth will originate from outside the EU in the next 10 to 15 years. What’s more, with 57% of Britain’s exports now to countries outside of the EU – up from 46% in 2006 – the UK is already beginning to create a wider base of global trading partners.

Although the Government has stated that it wants to keep the UK’s financial rules close to the EU after Brexit, it’s also possible that ministers will offer sweeteners to the financial industry, and the FX market, in order to ensure London remains a global financial centre. However what these concessions or updated rules and regulations might be, or if they will materialise at all, is yet to be seen.

Some UK-based FX companies will be hit harder by Brexit than others however, it’s probable that London, and the UK, will remain a centre for FX trading. However, with around one-third of the business conducted in the City  EU related and around one-fifth dependent on passports or membership of the single market, any restrictions on access to EU markets is likely to have an impact of FX companies. If politicians fail to reach a satisfactory agreement on the rules and regulations relating to the financial market, it’s possible that even more banks and FX companies will consider relocating to Europe in order to continue trading freely.

With so many issues still to be addressed, many FX companies have been left in limbo when it comes to planning for the post-Brexit FX landscape. Although many are taking a positive approach to Brexit, with so much left undecided it’s impossible to say what exactly leaving the EU will mean for the FX market and the future of the industry in the UK.