It was that time of year again, where it appears everyone from consumer electronics descends on the glittering city in the desert that is, Las Vegas. CES, Consumer Electronics Show, which has been running since 1968 as an offshoot of the Chicago Music Show, was in full swing. As expected, the big hitters like Google, Sony, HTC and Amazon were all there. All, with their own big announcements. Again, this comes as no surprise. The event has become synonymous with big tech announcements ever since the festival’s inception.

Google unveiled its big plan for their assistant – The company was seen to deploy their employees all in white clothes with Assistant-themed hats to talk visitors through the features it could provide on 3rd-party devices. Moreover, a new interpreter mode on Google Assistant was piloted at hotels in Las Vegas, New York, and San Francisco.

Meanwhile, Amazon revealed their own plans. The company had two booths this year and one them was dedicated to something called Amazon Key. The concept is simple, Amazon Key is a delivery service that allows authorised shippers to gain access to an Amazon Prime customer’s home, car boot or post office box at a specified time. The core purpose is to prevent packages from being stolen.

Aside from the 2 tech megaliths and their recent product announcements, what else did we learn this year at CES 2019? Here’s a top 5 of the things you may have missed: 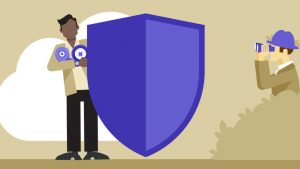 2018 seemed to be the year of big data scandals along with data protection laws in the US and Europe (i.e. GDPR). With this all painfully still in the minds of many, it’s clear that 2019 will be no different when comes to IoT and privacy. A huge advert from Apple overlooking the CES convention declaring, “What happens on your iPhone, stays on your iPhone.”, firmly underlines this sentiment.

2. YOU COULDN’T ESCAPE AI AT CES, EVEN IF YOU TRIED

It was everywhere. The visitors, all 55,000 of them that attended this year, would have been living under a rock to not have gone away from this year’s event talking about AI. “AI” was even in the title of LG’s keynote speech, “AI for an Even Better Life”. There simply wasn’t a chance to escape the conversations surrounding AI at CES. One of the interesting conversation points on Artificial Intelligence was the debate around what AI actually means, with some experts believing that there are a few firms are merely using the term “AI” as a means to raise their profile rather than actually aiding progression in AI. On a more positive note, LG president and CTO Dr. IP Park, talked up AI being the focus for household appliances and the key driver in further reducing housework for years to come.

With the first 5G networks being rolled out later this year, we can all soon expect incredibly fast internet connections as well as the ability to connect even more devices and appliances to each other. Experts also commented on the higher capacity of 5G networks being able to support the software needed to power networks of robots and driverless cars. Samsung, Intel, and Qualcomm have all heralded this as a new era at CES this year. I guess, we will all see very soon. 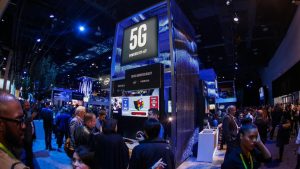 AI and other emerging tech is beginning to disrupt and elevate the lives of consumers in a big way. With this, there is an opportunity to engage consumers in highly innovative ways – making 2019 an exciting year for both marketers and consumers alike. Stay tuned.

2019 will be an exciting year for product owners, marketers as well as the end users. We’re seeing emerging technology really start to take hold and change our lives for the better. This sentiment is very much underlined by the keynote speech by LG president and CTO, Dr. IP Park. However, you could certainly feel the optimism reflected by all that attended. At Innovify, we’re looking forward to whatever that brings.